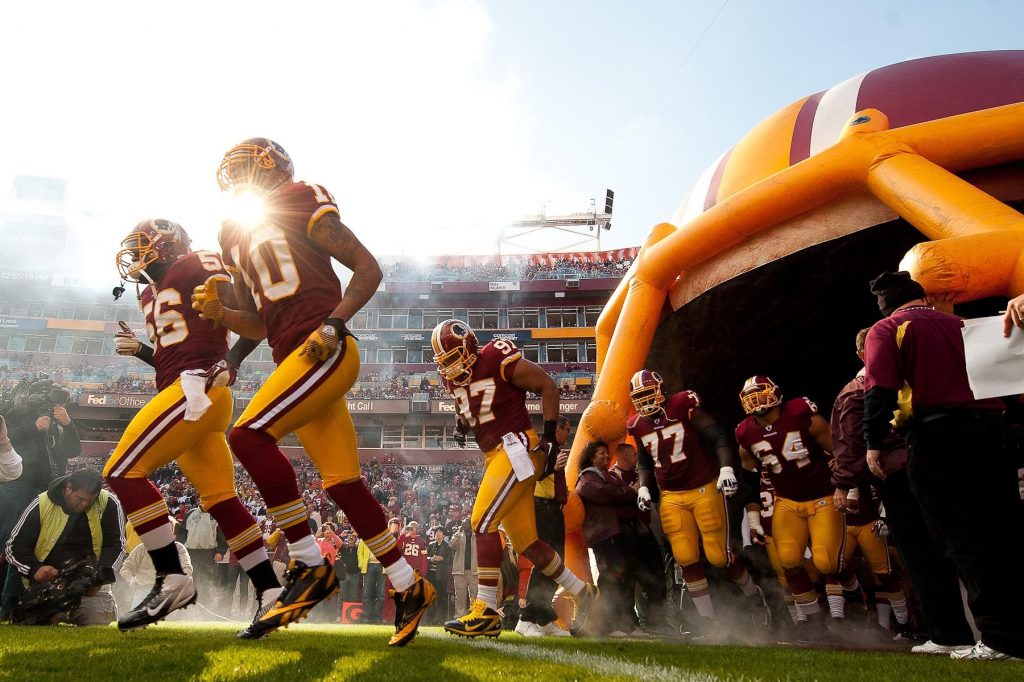 Week number eight takes us across the pond again to London’s Wembley stadium. Love it or hate it, the NFL in London appears to be a mainstay for the league for some time — their current contract with Wembley runs through the year 2020. Congratulations, Jacksonville…?  The London Jags, I can hear it now. Week 8 also brings us six teams with byes: Ravens, Rams, Dolphins, Giants, Steelers, 49ers. This leaves us with just 13 games on the schedule, but we’ll make do.

Hey, I know the east coast isn’t used to waking up to football in the morning, but there are much worse things in life. When you’ve got morning football, take advantage of it. The ‘skins and Bengals are kicking off your football day today. A very solid way to enjoy your breakfast.

They’re going to need to score in this one. I’m sure the London hangover will affect the play of both teams, but Washington can’t afford a slow start against an established offense like Cincinnati. They’ll be counting on Kirk Cousins to protect the ball and spread it out among Reed, Garcon and Doctson in order to keep the chains moving against a stiff Bengals defense.

The Bengals will be stretched a little thin in the secondary against a talented receiving corps, so they will need to apply pressure. They have plenty of talent on the defensive line and at linebacker to get pressure on Cousins, they just need to do so efficiently. The more players they have to bring on a blitz, the more opportunity for Cousins to find a hole behind them and break off big plays.

The Cardinals get their chance to avenge an embarrassing playoff loss at the hands of the Panthers in the 2015 NFC championship game. The Cardinals were brutalized in that matchup as the Panthers beat them soundly in every single facet of the game. You know that Bruce Arians is going to want to score 100 this time around to help ease the pain of the previous loss. Can they do it?

The Cardinals are going to have to forget about the last game they played in Charlotte. Trying to score a touchdown or make an earth-shattering hit on every play is only going to create a repeat of their last game. Controlled emotions and an effective passing game will pave their way to victory with a healthy mix of their stable of running backs.

The Panthers should be wary of Arizona’s passing game. They lost Josh Norman who could shut down a half of the field for them last year. The Cardinals will be out for blood and looking to get it via the pass. Pressuring Carson Palmer and slowing the run game will be the best way for the Panthers to slow down the Cardinals, making them more predictable. By no means should the Panthers be afraid heading into this game, but they need to respect the firepower they’re dealing with.

NFC East rivals in prime time on Sunday night. This likely won’t be a game that decides the division race, but we shouldn’t be counting the Eagles out, either. They’re a capable team and new coach Doug Pederson will be looking to make an impression. Dallas needs this W to help their case for a return to the top of the NFC East.

Offensive balance and big plays can steal a victory for the Eagles. Sam Bradford is not someone you can hang your hat on, so the Eagles will need to take advantage of their stout run blocking to keep the ball away from Dallas. Ryan Mathews is very capable of toting the rock effectively for Philly and has the talent to break off some big runs if Dallas doesn’t respect him. If Philly can do that and come up with a big play or two on defense, which they’re known for, we might see the green leaving town with a W.

Don’t get caught sleeping. Division rivals never come to town just to hand over a win. Philadelphia will be looking for a win in Big D and the Cowboys need to be prepared. They have the offensive prowess to overwhelm the Eagles and they should make it known right away. Jumping out to an early lead will put pressure on Sam Bradford to make plays… which generally means he turns the ball over and Dallas will be able to put more points on the board. Rinse and repeat until time expires.

Another glorious divisional matchup. Vikings-Bears looks a lot like the Sunday night game between Dallas and Philly. One team likes to throw it while the other leans more on the running game. The biggest difference here is Minnesota boasts a much better defense. Get ready for some hard-nosed, smash-mouth football on Monday night.

On the road on Monday Night Football, Minnesota would be wise to ride Adrian Peterson all the way to victory lane. Chicago doesn’t have the players on defense to contend with AP and he’ll run over, around and through them. Mix in some Jerick McKinnon and a few passes to Diggs and Treadwell and call it a night while the Viking defense holds strong.

The Bears are going to need some big plays in order to break this one open in their favor. They just aren’t going to be able to put together long, sustained drives. They’ll want to get talent in space with screens to Langford, some play action and some double moves with Alshon Jeffrey are highly recommended. If they can get under Teddy Bridgewater’s skin and force a bad throw or even get AP to fumble, all the better. Go big or stay home with a loss.